Thousands of Bahamians will have more on their holiday table this year, thanks to a generous donation from Royal Caribbean International.

“When the news came that Royal Caribbean International was once again going to make the holidays brighter for those who face a shortage of food or outright hunger, we were overjoyed,” said Archdeacon James Palacious, BFN Executive Director.

A 40-foot refrigerated container packed to the ceiling with holiday meats arrived for the Bahamas Feeding Network, whose management, faced with space challenges for such a large supply, thanked Super Value Food Stores for allowing the container to be kept at one of its facilities with food transported daily to Bahamas Feeding Network’s headquarters on Fox Hill Road where BFN team members and volunteers distributed the food through a network of nearly 100 churches, reaching thousands of congregants.

Minister of State for Social Services and Urban Development Lisa Rahming was on hand for a special distribution today.

It was the third time Royal Caribbean International came through with massive donations of food for the holidays, but the first time since a cruise line executive has taken a seat on the board of the non-governmental organization. Royal Caribbean Group Vice President of Government Relations, Americas, Russell Benford was appointed to the board in November. 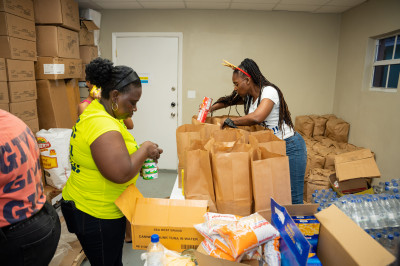 “We owe such a debt of gratitude to Royal Caribbean,” said Palacious. “They have been by our side in the fight against hunger for five years, through thick and thin, in Grand Bahama in the aftermath of Dorian in 2019 and all through the COVID pandemic. We cannot begin to express adequately how much we appreciate them or what a difference they are making in the lives of many who are struggling to put food on the table.”

The cruise line with a 50+-year history of sailing to The Bahamas made its first donation of $25,000 to the network in 2018 and later upped its contribution of food valued at nearly $200,000. In two subsequent years, its contributions doubled to $400,000, making Royal Caribbean the Bahamas Feeding Network’s largest corporate contributor.

Benford said the organizations have been working together for five years now.

“This is the third year we provided an extra gift during the time of the holidays of food to the network,” he said.

“I think, you know, for us as our relationship has grown over time, you know, we’ve gotten to know this organization.”

BFN has called Royal Caribbean “a true and faithful friend in the fight against hunger,” applauding the company, in particular, for living up to its commitment for support even when ships were forbidden to sail and there was no revenue for the corporation.

“As they’ve done in the past, again this year, they’re making a significant contribution here at Christmas time to assist in the feeding of many Bahamians who ordinarily would not have had a proper meal this time of the year,” said BFN Chairman Felix Stubbs.

“Some of you may be aware we’ve been in existence now for 13 years. We’ve been feeding individuals for more, supporting a network of feeding programms so that as many deserving Bahamians are fed a proper meal.”

The connection between Royal Caribbean and BFN has helped the charity in other ways as well as direct donations – the cruise line treated more than 100 people – BFN volunteers, staff and families -- for a week-long cruise, supported BFN through other donations including free cruises for charity prizes and hosted numerous Fox Hill community events.

Launched with a handful of churches and a vision of becoming a network through which others could receive the support they needed, BFN has provided more than two million meals in the nine years since its founding in 2013. It currently provides food parcels for 100,000 meals monthly.

Distribution of the holiday hams and chickens will continue until BFN closes for the holidays on December 22 to give volunteers and staff time with loved ones. 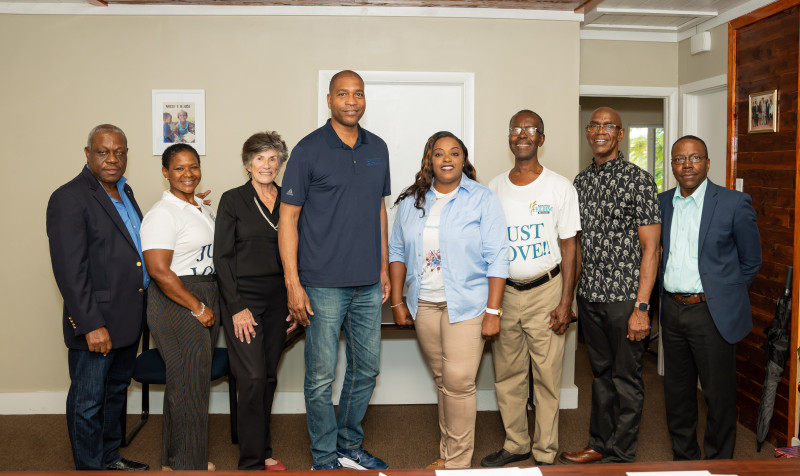 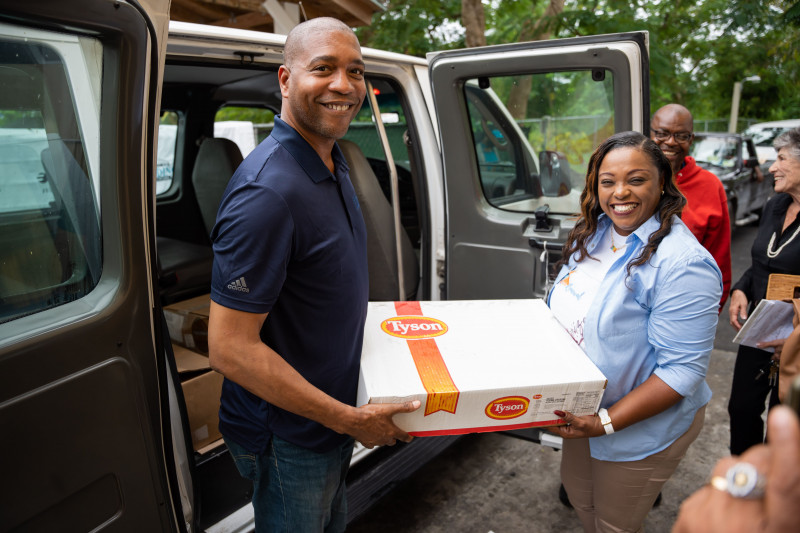