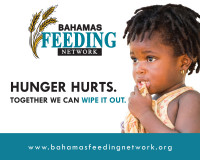 Bahamas Feeding Network thanks Royal Caribbean ‘Because of you, we continue to push on in the fight to wipe out hunger’

The Bahamas Feeding Network today extended ‘deepest appreciation, a thank you that goes beyond words’ to Royal Caribbean, calling the award-winning cruise line “a corporate partner who is helping to ease the suffering of thousands who, without such generosity, would all too often go to bed hungry.”

“On behalf of all of those who were food security challenged before and are facing even greater challenges since the pandemic, we at the Bahamas Feeding Network express our deepest respect for and appreciation to Royal Caribbean International,” said Philip Smith, Executive Director of the non-profit organization that has provided more than two million meals since its founding in 2013.

“We are especially grateful because we know the sacrifice Royal Caribbean has had to make to maintain this commitment to the Bahamas Feeding Network when its ships have been anchored for a full year with no revenue from sailings coming in. Every day, we thank Royal Caribbean, a thank you that goes beyond words as we pray for better days ahead and thank them for their incredible commitment.”

Royal Caribbean first witnessed the work of the Bahamas Feeding Network three years ago with executives participating in a cooking and feeding program at the modest bustling cottage known as Moseff House in Fox Hill, Nassau. Executives and team members donned aprons, gloves and dished out hot meals in the days before mask-wearing and social distancing became the norm. At the time, Royal Caribbean CEO Michael Bayley said he was moved by what he saw and understood the desperate need to feed.

Later that year, during the inaugural visit of the world’s largest cruise ship, Symphony of the Seas, Bayley surprised Smith and volunteers invited to the ceremony at the port of Nassau declaring that the cruise line would supply all the food for 2019.

In 2020, it repeated that commitment and when COVID struck and the cruise business shut down, Smith was happily surprised that Royal Caribbean continued to honour its commitment.

“To continue to honour that commitment and provide $400,000 a year to help us ease the pain of hunger at a time when so many cupboards are bare and Royal Caribbean has no money coming in and all those expenses just to keep the company afloat, I cannot begin to express how grateful we are or what it says about the kind of company it is,” said Smith.

Smith said corporate and individual donations are more important than ever with the Bahamas Feeding Network’s expanded role in the National Food Security Task Force, a government initiative.

“The Food Security Task Force has truly been a blessing for many,” said Smith. “Prior to the pandemic that resulted in a temporary shutdown of the number one driver of the economy, tourism, we knew more than 60,000 people in The Bahamas lived below the poverty level. That number has skyrocketed and what used to be a preparation and distribution of hundreds or a few thousand hot meals twice a week is now a steady stream of tens of thousands of food parcels going to churches and organizations for distribution in parts of New Providence and 17 islands throughout the country, like a factory operating from a warehouse. We could not have done it without the assistance of government, incredible individuals like our founder H.E. Frank Crothers, OE, or our major corporate partner, Royal Caribbean. It is because of them and so many others who know the meaning of giving and sharing that we continue to push on in the fight to wipe out hunger as we wait for the world to right itself again.”